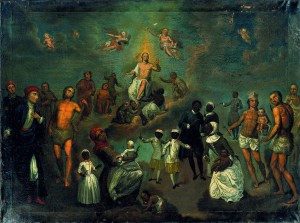 The Luther Effect. Protestantism – 500 Years in the World

To mark the 500th anniversary of the Reformation, the Deutsches Historisches Museum is inviting on a journey leading through five centuries and four continents. The exhibition, “The Luther Effect”, shows the diversity and historical impact of Protestantism, but also its potential for giving rise to conflicts in the world. What traces of Protestantism can be found in other denominations and religions? How has Protestantism itself changed as a result of these encounters, and not least: How have people made Protestant tea¬chings their own – how have they shaped and lived them? Starting from the Reformation in the 16th century, the exhibition presents a worldwide history of the impact and reciprocal effects of Protestantism, using besides Germany the examples of Sweden, the USA, South Korea and Tanzania.